Business After Hours at SOMM Wine on Thursday, August 18 from 5 pm to 7 pm!

Our community events calendar provides the most comprehensive list of events happening in the Fairfield area. Be sure to also check out our list of Chamber-sponsored annual events!

For More Information
Website
Craft and Vendor Show
10:00 am to 3:00 pm
Fairfied Arts And Convention Center

Join us for the monthly Craft and Vendor Show at the Fairfield Arts and Convention Center. Support local artists and vendors!

ImpactLife provides lifesaving blood products to more than 125 hospitals in a four-state region. We’re headquartered in Davenport, Iowa, and have distribution hubs and donor centers in Iowa, Illinois, Missouri, and Wisconsin. In your area, ImpactLife is the exclusive provider to Jefferson County Health Center.

We have implemented our Emergency Plan here at the Blood Center to protect donors and our staff. This includes:
• Placing only one screening station on a table (observing social distancing)
• Wiping down all machines and equipment after each use
• Spacing beds apart to continue social distancing
• Wiping down beds after each use
• Encouraging donors to allow space in the refreshment area


In addition, donors who want to limit time at the drive can complete the EarlyQ prior to coming to the drive; we scan the barcode emailed to them and they move directly to the vital station, then to donation. Feel free to share the link with your donors: bloodcenter.org/earlyq

Potential donors must be at least 17 years of age (16 with parental permission form available through www.bloodcenter.org) and weigh more than 110 pounds. A photo I.D. is required to donate. For questions about eligibility, please call the Blood Center at (800)452-1097. Donors are eligible to donate whole blood every 56 days.

Blood donation is a safe, simple procedure that takes about 45 minutes to one hour. Individuals with diabetes or controlled high blood pressure may be accepted as eligible donors.

To schedule an appointment or view upcoming blood drives, visit BloodCenterIMPACT.org or call 800-452-1097.

A fast-paced, high energy circus show for all ages, showcasing incredible feats of juggling, hula hoops, unicycle, aerial, circus stunts, contortion, magic and audience interaction all wrapped up in a blanket of comedy. Simply put, it’s the most unique 2-person circus you will ever see!

Recently featured in Hugh Jackman’s hit movie, “The Greatest Showman”, The Great DuBois have amassed an impressive list of credits, including appearances in the Tony Award winning “Pippin” on Broadway, “The Tonight Show with Jay Leno,” “Late Night with David Letterman,” Britney Spears World Circus Tour, and the movie “Burlesque” to highlight just a few.

The award-winning combination of Michael DuBois and Viktoria Grimmy have five generations of circus performing between them, and have wowed crowds all over the world.

Here it is, the 2022 Classic 96 Live on the Square Concert Series line up! We couldn’t be more excited:
The series kicks off June 25th with Fairfield’s own Jonas Magram and Steve Hillis performing an evening of swing, Latin, and blues standards from the great American songbook. A staple of the local music scene, Magram and Hillis are known for their musicianship and the effortless way they weave from genre to genre.

July 16th Live on the Square welcomed Des Moines singer songwriter John Paul Burtch. From Seattle to New York to Istanbul, Burtch has a world of influences he credits for his style, including classic rock, indie, folk, blues and international music. With a catalog of covers and original songs, this will be a magical night of music.

The ladies take center stage July 30th with two talented acts. First it’s The Chickadees, a two-person band based out of Southeast Iowa who perform a variety of original and cover songs of varying genres and artists. Then its Brittany Sword, an American Indie Rock singer-songwriter from Oskaloosa Iowa. Brittney plays familiar favorites as well as new sultry original’s you’re sure to love! This will be an amazing night on the square.

Society of Broken Souls, the Folk Noir songwriting duo of multi-instrumentalists Dennis James and Lauryn Shapter come home August 20th. While they have their roots as an acoustic duo, their live show has blossomed into an expansive setting for weathered characters, tough topics, and quiet beauty. As they take turns singing lead and harmony, the pair paints a vast emotional landscape, ranging from the rebellious and jubilant to the introspective and heartfelt.

The season concludes September 10th with the return of A Flash in a Pan, the Iowa City based bluegrass/folk band to Fairfield. Flash in a Pan blends contemporary music with traditional folk and grass motifs. Their original compositions combine elements of reggae, country, folk and grass forms to produce tunes with a modern sensibility and respect for tradition. From their first appearance in Fairfield to now, they have always been a crowd favorite.

“The Maria Callas of American musical theater,” Melissa Errico is an actress, singer, and author. First known for her starring roles on Broadway, she has since become a concert, cabaret and recording artist as well; her 2018 album Sondheim Sublime was called by The Wall Street Journal “The best all-Sondheim album ever recorded.”

Errico’s history with Sondheim began when he selected her to star as Dot in Sunday In The Park With George at The Kennedy Center, and then she starred in acclaimed New York productions as Clara in Passion and Leona in Do I Hear A Waltz? Filled with classics and curios from Into the Woods, Follies, Sweeney Todd, Anyone Can Whistle, Company, A Little Night Music and other favorites, Sondheim Sublime is a concert no Sondheim or Broadway fan should miss!

The best prime rib in town at YOUR Fairfield Elks Lodge #1192 the 3rd Friday of every month.
See you there! 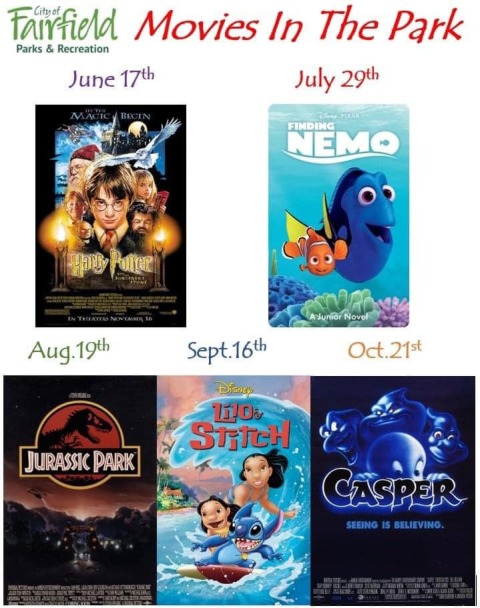 Movies in the Park

Bring your lawn chairs, and blankets! 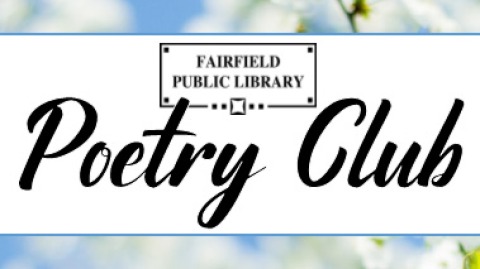 Join librarian Alecs Mickunas for Poetry Club the last Thursday of every month (April 28, 5-6 p.m.) at the library. Participants are encouraged to bring a poem they would like to read and discuss together. The poem you select may be one by a favorite poet or a poem you have written yourself. If you would like us to make copies of your chosen poem, please email the poem to circ@fairfield.lib.ia.us and we will bring them to the meeting for you!

This event is for all ages and is open to the general public. Poetry Club meets in person in the meeting room (entrance just to the right after entering the main lobby doors).

Special thanks to these members for their support of the Fairfield Chamber. 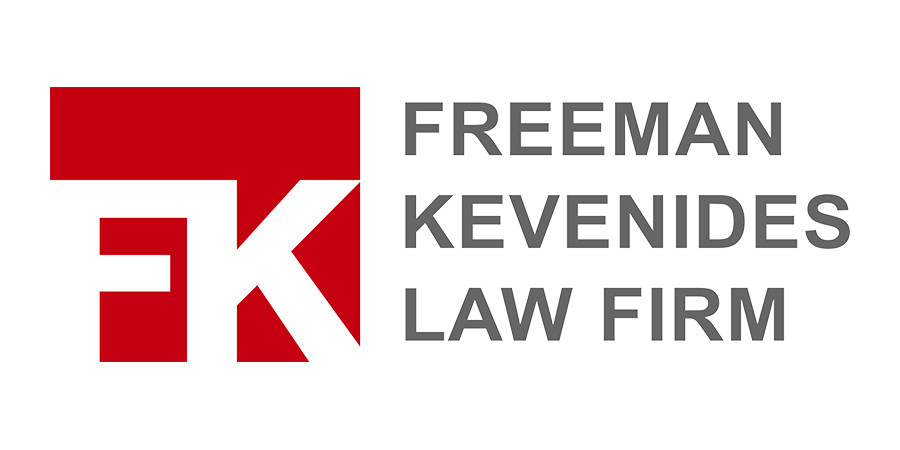 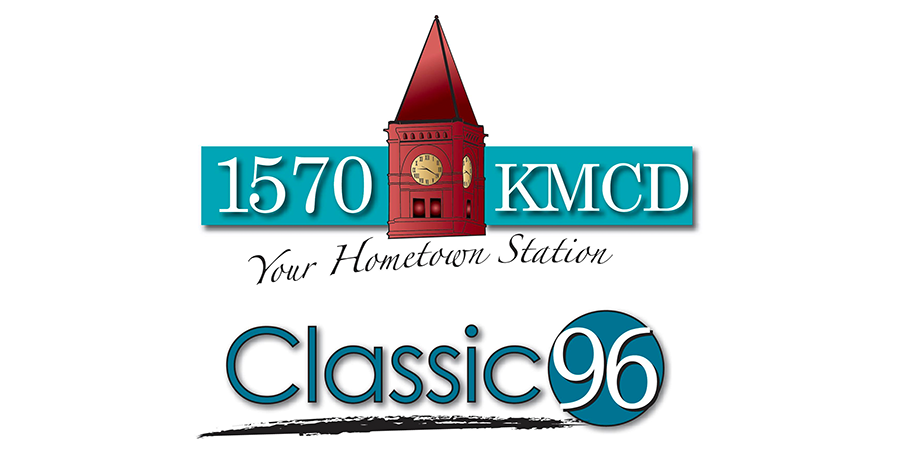 Are you hosting an event that is open to the public and held in Fairfield or Jefferson County? Use our online form to submit event details to the Chamber to review for inclusion on our calendar.

Join the list of folks receiving Chamber Chatter every Monday morning. Upcoming events, news, and more delivered to your inbox.

Join today
©2022 Fairfield Area Chamber of Commerce
All or most of the photos were provided by Werner Elmker Audio-Visual Studio.
powered by